The aerospace industry is undoubtedly one of the technologically most demanding and challenging sectors of all. Accordingly, the criteria in terms of function and stability to be met by components and modules utilised in this sector are versatile and equally complex. This in particular includes the effective and continuous resistance to external extreme conditions with regard to speed. Temperature, pressure and radiation. We are a certified supplier of components for leading companies from the aerospace sector and specifically support them with customised, highly specific special solutions which not only meet “galactic” requirements in the figurative sense – and all this along the entire value chain.

Perfectly Damped on the Red Planet

An extremely robust drilling tool on one of the robot arms of the Curiosity Mars Rover made it possible to obtain rock samples from Mars for the first time – in particular also due to the high technology used provided by RINGFEDER®. In order to prevent the complex and susceptible electronics system of the Rover from being damaged, a specially developed friction spring absorbs the shock forces generated during the drilling process and prevents any resonance effects. Due to the vacuum prevailing on Mars as well as the extreme temperature between -140 and +30° Celsius, the RINGFEDER® damping element was designed in high-strength stainless steel and was furthermore provided with a special dry film lubrication. With a diameter of only 18 millimetres, the friction spring effectively absorbs shocks with an energy of up to 6 Joule and therefore plays a decisive role in ensuring the faultless operation of the drilling tool. 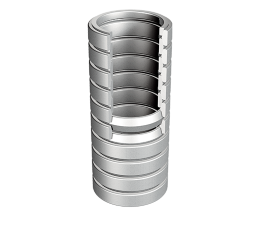 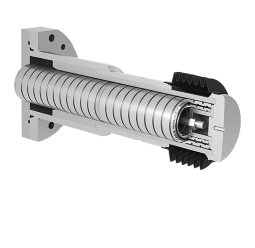 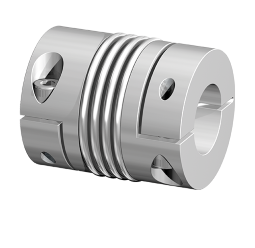